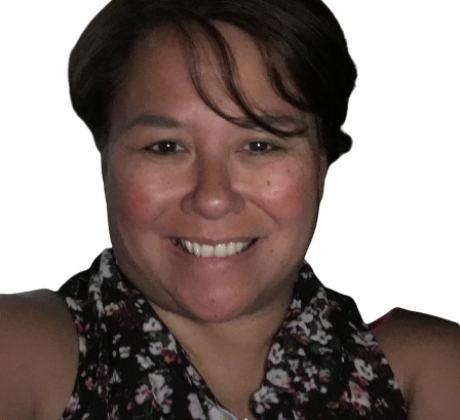 It was never a question of inspiration.

“I would have ideas, and sometimes I would bring them up at meetings, but they wouldn’t go anywhere,” Rother says. “It was just the way it was, you know?”

Though she wanted to effect change across the health care system, Rother kept running into walls. Then she found Penn’s Master of Health Care Innovation (MHCI). It was the word “innovation” that struck a chord with Rother. She sensed her field was on the brink of a colossal shift–and she wanted to be part of it. Despite the rich insight she brought from her years on the hospital floor, she felt cut off from the rooms where decisions were made.

[The MHCI] gave me the opportunity to bring some of these ideas I’ve had to the table and have people talk about them.

“There were things I wanted to improve, but I just didn’t have a voice,” Rother explains. “I knew in order for me to do that, I needed to have a degree…and this was exactly, perfectly what I was looking for.”

As she sifted through potential master’s programs in 2017, the newly launched MHCI stood out. Virtual learning was a draw for Rother, who lives more than an hour away from Philadelphia. So was the caliber of the faculty and course lineup. Rother, who graduated with her BSN in 1989, was familiar with the program’s faculty director, Ezekiel J. Emanuel, MD, PhD; his name often appeared in Penn’s alumni magazine, and she knew he was instrumental in developing the Affordable Care Act.

“Not every online program is created equal,” she says . “But the Penn name attached to the degree as well as Dr. Emanuel being involved was a big reason for me to apply.”

The MHCI curriculum didn’t just impress Rother—it caught the attention of the hiring committee for the job she landed in fall 2018, midway through her master’s. Rother brought a printout of course descriptions to her interview for the newly developed Cardiac Nurse Navigator role in the Population Health center at LVHN. She says her interviewers were “blown away” by what she was learning in class and immediately recognized her potential to contribute.

Not every online program is created equal, but the Penn name attached to the degree as well as Dr. Emanuel being involved was a big reason for me to apply.

As part of the Bundle Payment for Care Improvement Initiative, Rother now works with a team to reduce hospital readmissions, with a focus on Coronary Artery Bypass Graft (CABG) patients. She helps roll out programs that harness technology to improve outcomes for high-risk individuals post-surgery. One such program is Remote Patient Monitoring (RPM), which transmits crucial data from the home to the hospital via Bluetooth. This allows care providers to keep tabs on vitals and take a proactive stance towards recovery, lowering the odds of readmission.  Currently, LVHN has more than 1200 patients enrolled in RPM—and thanks to Rother and her team’s advocacy, CABG patients are among them.

When Rother started in her role as a Cardiac Nurse Navigator, RPM wasn’t utilized with the CABG population. She saw the potential.

“I had seen an opportunity for that to be helpful,” Rother says. Together with the Population Health team, “I certainly was a pretty loud voice in making it happen.”

She also spoke up to make sure her high-risk patients were connected with the monitoring equipment before leaving the hospital—something that hadn’t been done before.

“That was another project that I was very loudly advocating for, to put it mildly,” she says. “So it was kind of nice to have people listening to me and taking these ideas and making them actually happen.”

Rother applies concepts from class as she supports new initiatives. During the MHCI, she took Translating Ideas Into Outcomes, a course led by Roy Rosin, MBA, and, at the time, David A. Asch, MD, MBA. In it, she learned about rapid-cycle innovation: the process of developing intentional, short-term pilots to create and improve programs. When launching RPM, Rother says her team first trialed the technology with a small group of patients to test its viability.

“We do it all the time in Population Health,” she explains. “We do these little pilot projects for a few weeks to see how it goes, and if that’s not working, we either tweak it or we do something else.”

Rapid-cycle testing has paid off for Rother and her patients. Before her health network introduced “mitigation protocols” like RPM to the CABG population, she describes hospital readmissions as “in the red.” A year later, implementing a multi-pronged approach that includes RPM in conjunction with follow-up from Cardiac Nurse Navigators like Rother, “we’re in the green,” she says. “LVHN has seen a correlation between using these mitigation strategies and a significant decrease in readmissions.”

For Rother, the data is validating. So is reaching an audience that had been inaccessible to her before receiving her MHCI.

“[The MHCI] gave me the opportunity to bring some of these ideas I’ve had to the table and have people talk about them and hopefully bring them into the light.” she says. “I feel so lucky every day to be part of that.” 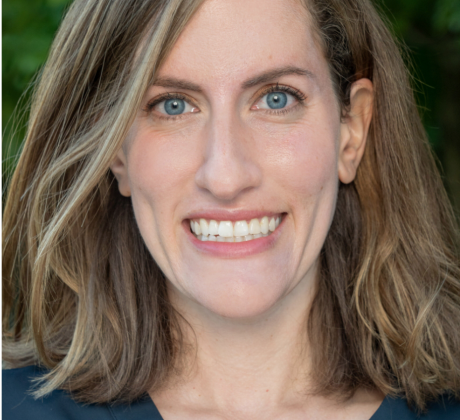 Stephanie Ostroff is a speech-language pathologist and journalist. She enjoys blending knowledge from both fields to shine a light on innovators and changemakers in health care.