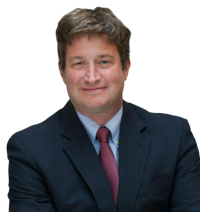 Theodore W. Ruger is the Dean of the University of Pennsylvania Law School. He is a scholar of constitutional law, specializing in the study of judicial authority, and an expert on health law and pharmaceutical regulation. Ruger practiced law at Ropes & Gray in Boston and Williams & Connolly in Washington, D.C., and began his academic career at Washington University in St. Louis. Ruger holds an AB from Williams College and a JD from Harvard Law School, and he was a law clerk to Justice Stephen Breyer of the United States Supreme Court and Judge Michael Boudin of the U.S. Court of Appeals for the First Circuit. Ruger joined Penn Law in 2004 and previously served as Deputy Dean of the Law School.

I hope students will take away from my course an appreciation of the incredible complexity of our health care system, and the ways in which shifting patterns of laws and regulations have structured the medical delivery system we have today. Law and medicine are deeply intertwined, and legal rules and institutions have done much to shape our current health care system. As we work toward health care reform, legal institutions have a similar role to play in streamlining and improving the way in which care is delivered in the United States.